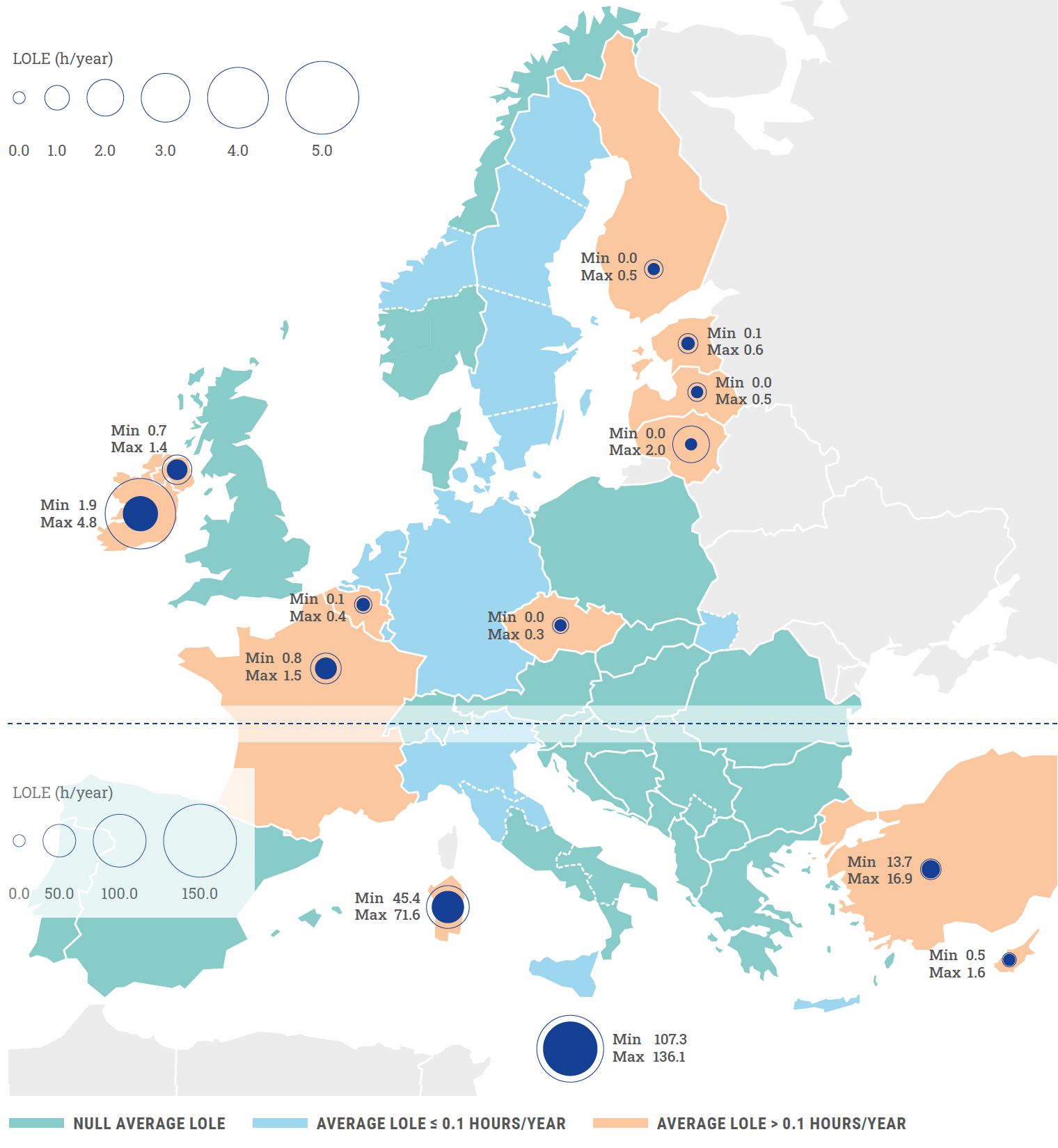 The 2020 edition of the Mid-Term Adequacy Forecast (MAF) has been released by the ENTSO-e on the 30th of November.

Considering the ongoing integration of variable renewable energy sources in the European power system and forecasts for system development, a pan-European analysis of resource adequacy has become a need for European TSOs.

The MAF is this pan-European assessment of power system resource adequacy, based upon a probabilistic analysis using Monte-Carlo simulations.

As indicated in the ENTSO-e publication, “The MAF assesses the balance between net available generation and net load levels in the European power system on a continuous basis. The MAF should not be interpreted as an effort to predict the system’s security of supply but rather as a measure of the grid’s ability to maintain security of supply under a very high number of possible future grid states, due to different plausible climate conditions and random outages.”

This study focuses on adequacy perspectives for the years 2025 and 2030, based on hypotheses shared by the European TSOs.

The Antares Simulator has been used extensively to run Monte-Carlo simulations of the electricity mix for these horizons in order to assess a high amount of future adequacy scenarios under different climate conditions and simulate many production unavailability situations. These scenarios have then been studied to identify the main outcomes of the study (expected loss of load, expected energy mixes, potential tense periods for the system…).

This year, the study shows that inadequacy risks are rather low for the system for both years, except in some countries (Malta, Sardinia, Turkey and Ireland).

The outcomes of the MAF 2020 study are publicly available at this link: https://www.entsoe.eu/outlooks/midterm/